You are using an outdated browser. Please upgrade your browser to improve your experience.

The Imax Xtra boilers were specified by Matt Gent, Project Manager at JD Services HVAC Ltd. and were chosen primarily for their compact size, high quality and small carbon footprint.

The boiler replacement that Matt and his team were tasked with involved removing two old cast iron sectional boilers which were, it was reported, once fired on coal or coke. In recent years they had been updated to run on gas but, despite the fact that the boilers had been well maintained for a number of years, they had come to the end of their useful life and were beyond repair.

Matt explains that the first problem encountered in the installation was that the works were to take place within heating season, which meant that the existing boiler needed to remain in use while the new boilers were installed.  Matt says,

“We managed to remove some redundant equipment from another part of the plant room and design a new system which included a new low loss header and primary boiler circuit, new reverse return connections to the boilers in the circuit and, also, the addition of a new VT circuit to reduce energy costs.  Ideal Commercial Boilers worked with us to select two new Imax Xtra 240 boilers which were an excellent choice as they were small enough to fit in the plant room, of sufficient capacity to provide the required load and built to last for years to come.”

The team installed all of the new pipework connections and pre-installed the new flue within the plant room up to the connections of the old units.  They then took one day to isolate the old boilers, disconnect them and take them out of service before making final connections onto the existing system.  After that, they removed the old flues and provided a new flue liner down the existing chimney stack in order to connect up the new flue header in the plant room.  Finally, the existing BMS system was modified to run the new boilers and monitor their use.

Matt finishes, “We then commissioned the new boilers with Ideal and put them into service.  It has been noted that, with the installation of the new boilers and the added VT circuit, only one of the boilers needs to run to keep the hospital adequately heated and supplied with hot water – which is the benefit of a new, significantly more efficient boiler plant!”

The Imax Xtra range of condensing boilers is available in six models with outputs from 80 to 280kW and is suitable for single or multiple applications.  Features include a High 5.1 turndown, inbuilt commissioning and fault diagnostics and up to 107.5% nett efficiency (fully condensing).

First opened in 1840, King’s College Hospital is a major London teaching hospital and acute care facility.  Normanby House forms a separate wing of the hospital on Bessemer Road, London and is dedicated to dermatology and ophthalmology. 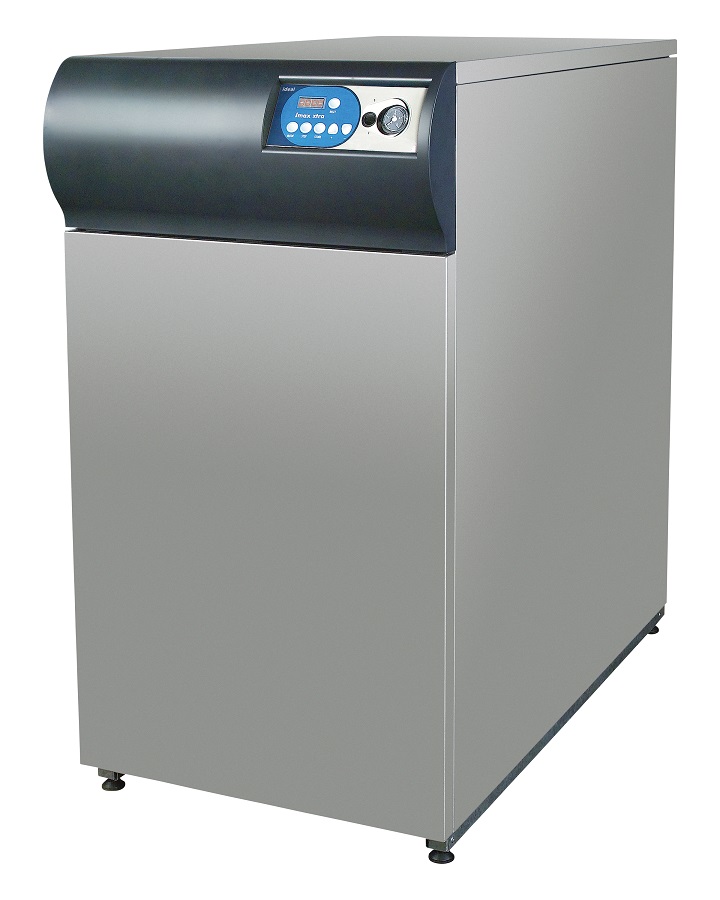